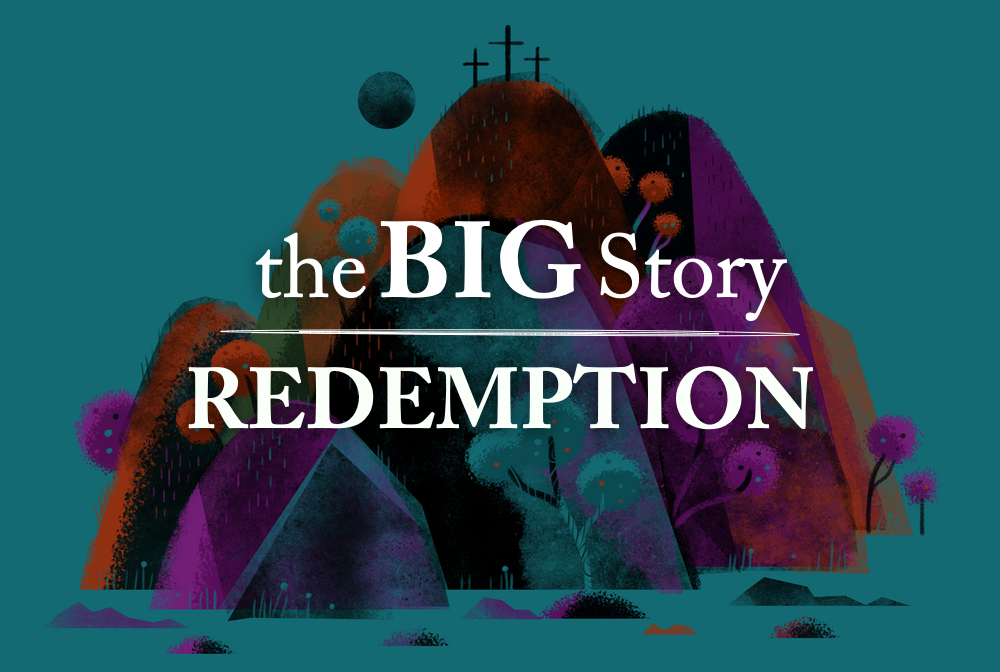 The Bible is a story in four acts: (1) Creation - God made the world good (2) Fall - something had gone terribly wrong with the world (3) Redemption - God has not left his world alone; he has come to rescue his people (4) Restoration - God’s plans are for the renewal, not just of people, but of the whole of creation. We’ve been studying these themes by looking at a series of chapters in the beginning, the middle, and the end. For the last couple of months we took a stop in the beginning with the first four chapters of Genesis (Creation and Fall). From now until Easter we’ll dip into the middle of the Bible in Romans (Redemption). After Easter we’ll look at the final four chapters of the Bible in Revelation (Restoration). We’ve dipped into Genesis to see how God created the world, and what has gone wrong. Now we’ll look at Romans to see what God has done about it. Illustration by Don Clark, taken from The Biggest Story by Kevin DeYoung, © 2015. Published and used by permission of Crossway.

Justified By His Grace

No One Seeks for God

The Failure of Religion

What's Wrong With Us?

The Power of the Gospel