The story of Ruth, faithful and redeemed.

house. May the Lord deal kindly with you, as you have dealt with the dead and with me. 9The Lord grant that you may find rest, each of you in the house of her husband!” Then she kissed them, and they lifted up their voices and wept. 10And they said to her, “No, we will return with you to your people.” 11But Naomi said, “Turn back, my daughters; why will you go with me? Have I yet sons in my womb that they may become your husbands? 12Turn back, my daughters; go your way, for I am too old to have a husband. If I should say I have hope, even if I should have a husband this night and should bear sons, 13would you therefore wait till they were grown? Would you therefore refrain from marrying? No, my daughters, for it is exceedingly bitter to me for your sake that the hand of the Lord has gone out against me.” 14Then they lifted up their voices and wept again. And Orpah kissed her mother-in-law, but Ruth clung to her.

15And she said, “See, your sister-in-law has gone back to her people and to her gods; return after your sister-in-law.” 16But Ruth said, “Do not urge me to leave you or to return from following you. For where you go I will go, and where you lodge I will lodge. Your people shall be my people, and your God my God. 17Where you die I will die, and there will I be buried. May the Lord do so to me and more

also if anything but death parts me from you.” 18And when Naomi saw that she was determined to go with her, she said no more.

19So the two of them went on until they came to Bethlehem. And when they came to Bethlehem, the whole town was stirred because of them. And the women said, “Is this Naomi?” 20She said to them, “Do not call me Naomi; call me Mara, for the Almighty has dealt very bitterly with me.
13So Boaz took Ruth, and she became his wife. And he went in to her, and the Lord gave her conception, and she bore a son. 14Then the women said to Naomi, “Blessed be the Lord, who has not left you this day without a redeemer, and may his name be renowned in Israel! 15He shall be to you a restorer of life and a nourisher of your old age, for your daughter-in-law who loves you, who is more to you than seven sons, has given birth to him.” 16Then Naomi took the child and laid him on her lap and became his nurse. 17And the women of the neighborhood gave him a name, saying, “A son has been born to Naomi.” They named him Obed. He was the father of Jesse, the father of David. (Ruth 1.6-20, 4.13-17, ESV) 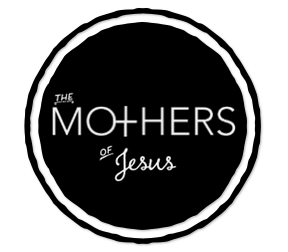