Prayer for All Seasons 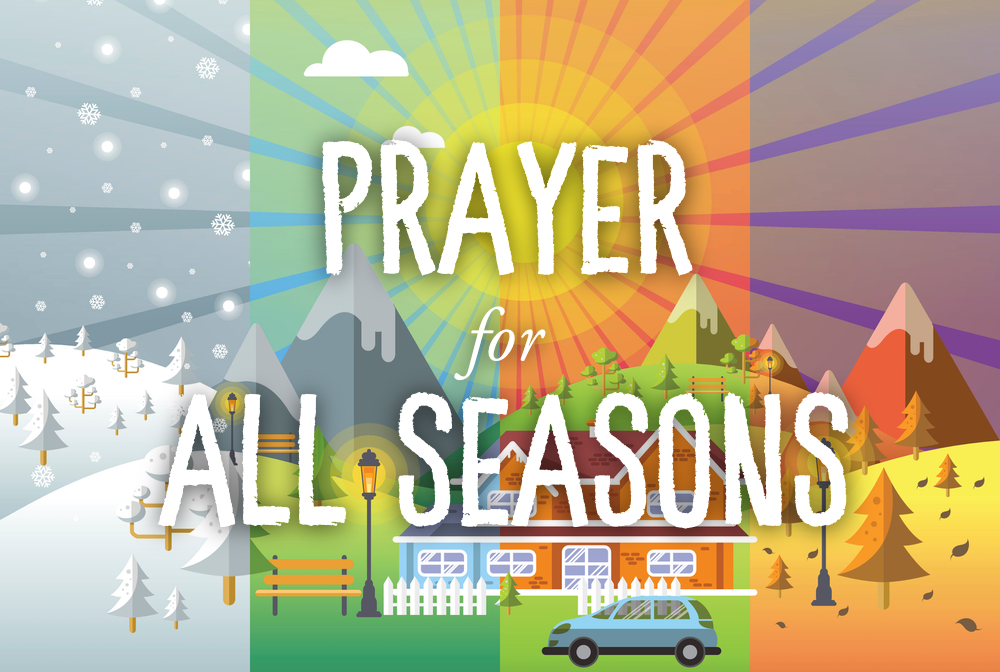 Prayer for All Seasons

You might call U2's Bono one of our "patron saints" here at New City. In 1999 he wrote this in an introduction to the psalms: At age 12, I was a fan of David, he felt familiar...like a pop star could feel familiar. The words of the psalms were as poetic as they were religious and he was a star... A dramatic character, because before David could fulfil the prophecy and become the king of Israel, he had to take quite a beating. He was forced into exile and ended up in a cave in some no-name border town facing the collapose of his ego and abandonment by God. But this is where there soap opera got interesting, this is where David was said to have composed his first psalm - a blues. That's what a lot of the psalms feel like to me, the blues. Man shouting at God - 'My God, my God why hast thou forsaken me? Why art thou so far from helping me?' (Psalm 22). I hear echoes of this holy row when un-holy bluesman Robert Johnson howls 'There's a hellhound on my trail' or Van Morrison sings 'Sometimes I feel likea motherless child.' ... Abandonment, displacement, is the stuff of my favorite psalms. The Psalter may be a font of gospel music, but for me it's in his despair that the psalmist really reveals the nature of his special relationship with God. Honesty, even to the point of anger. 'How long, Lord? Will thou hid thyself forever?' (Psalm 89) or 'Answer me when I call' (Psalm 5). Psalms and hymns were my first taste of inspirational music...Still, in an odd way, they prepared me for the honesty of John Lennon, the baroque language of Bob Dylan and Leonard Cohen, the open throat of Al Green and Stevie Wonder - when I hear these singers, I am reconnected to a part of me I have no explanation for...my 'soul' I guess. Words and music did for me what solid, even rigorous, religious argument could never do, they introduced me to God, not belief in God, more an experiential sense of GOD. Over art, literature, reason, the way in to my spirit was a combination of words and music. As a result the Book of Psalms always felt open to me and led me to the poetry of Ecclesiastes, the Song of Solomon, the book of John... My religion could not be fiction but it had to transcend facts. It could be mystical, but not mythical and definitely not ritual... For a number of summers here at New City we’ve done a series of “Summer Psalms.” This summer we’re dipping into the psalms again though we’re calling this round: Prayers for all Seasons and we’re looking at a number of psalms from the 30s. The psalms are PRAYERS. Prayers that are songs, songs that are prayers. And they speak to all of life, all seasons of life; all the emotions we experience in life. Lest we think this is too emotive or un-presbyterian, John Calvin, THE Presbyterian himself, called the Psalms "an anatomy of all parts of the soul: I have been accustomed to call this book, I think not inappropriately, “An Anatomy of all the Parts of the Soul;” for there is not an emotion of which anyone can be conscious that is not here represented as in a mirror. So that's where we're headed; for the next several weeks we'll be in the psalms. Come along no matter your "season" in life! 5/30 - Praying Your Joy (Psalm 30) 6/06 - Praying Your Confession (Psalm 32) 6/13 - Praying Your Wonder (Psalm 33) 6/20 - Praying Your Gratitude (Psalm 34) 6/27 - Praying Your Worry (Psalm 37) 7/04 - Praying Your Pain (Psalm 39)

Song for All Seasons